To help you meet the demands of mobile users, Test Studio offers automated responsive testing enabling you to test your web application's layout, functionality and behavior on mobile and desktop browsers.

As of March 1, 2020, native mobile testing is no longer supported.

Configuring an Android app to be testable is a complicated process that unzips the app (.apk) file, changes it and then rebuilds it. Several Android and Java tools are taking part into the process and that is why it is important to have all configurations correctly set. The configuration mechanism saves and loads these settings from a file that is created the first time Android application configuration is initiated. The file contents is in pure text format and can be edited manually using any text editor. However, it is not recommended to manually edit it except in the cases listed in this topic. 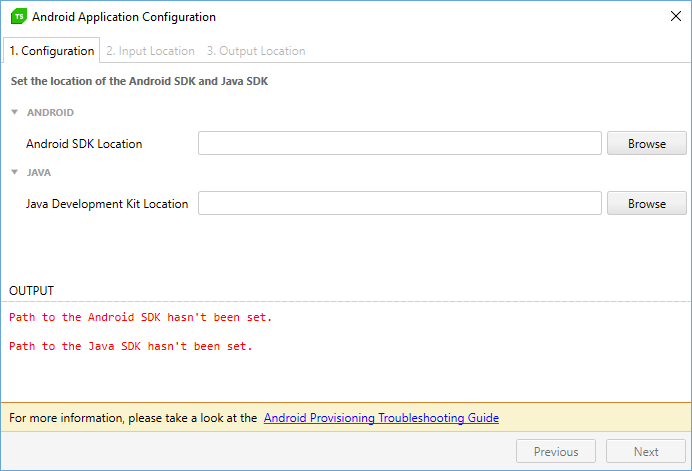 In some cases Android application configuration can't be continued even when Android SDK and Java JDK paths are set correctly. In addition to these 2 parameters, it also depends on Android build tools version and Android platforms installed. They are automatically set based on the Android SDK value. If for some reason the saved Android Build Tools and Platform values become invalid (e.g. uninstall them from the Android SDK Manager), Android application configuration won't work and errors will be shown. To fix this you can either: 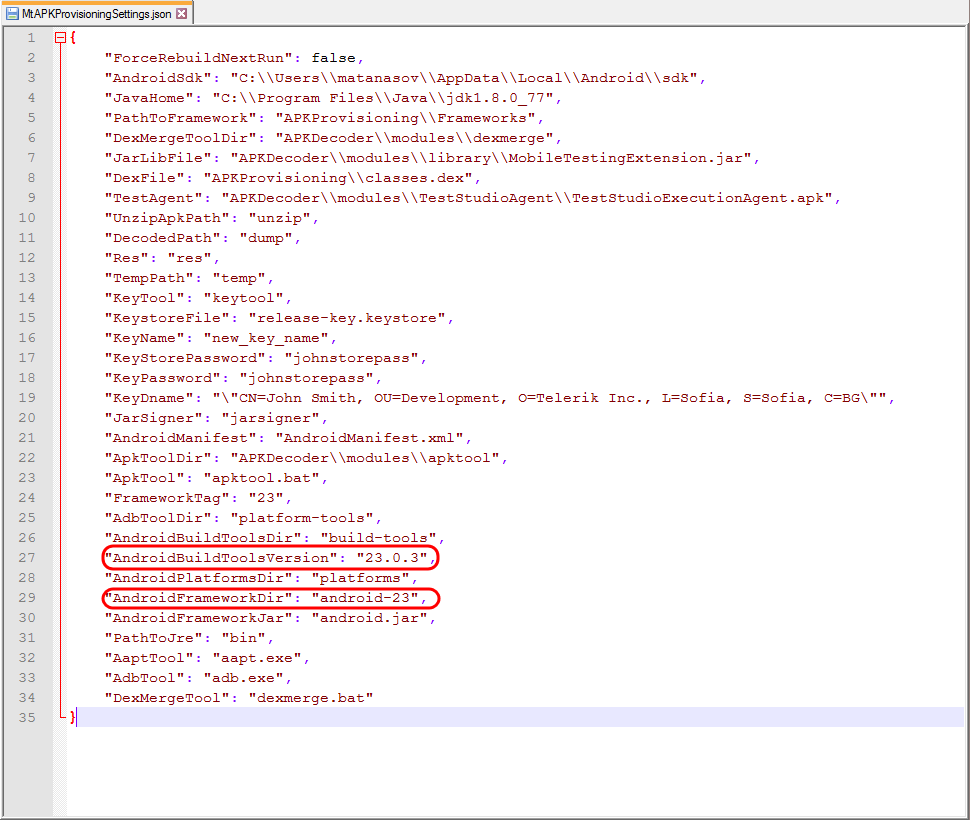