This article guides you through the specifics of recording steps in a desktop test.

The recording of desktop tests can sometimes be relatively slower than recording web or WPF tests. To make sure that all actions are recorded properly and help you build robust tests Test Studio's recorder encompass a mechanism for element state detection. When an action is sent too early before the element is ready for automation, the recorder indicates this with a red label stating 'Not ready to record'. 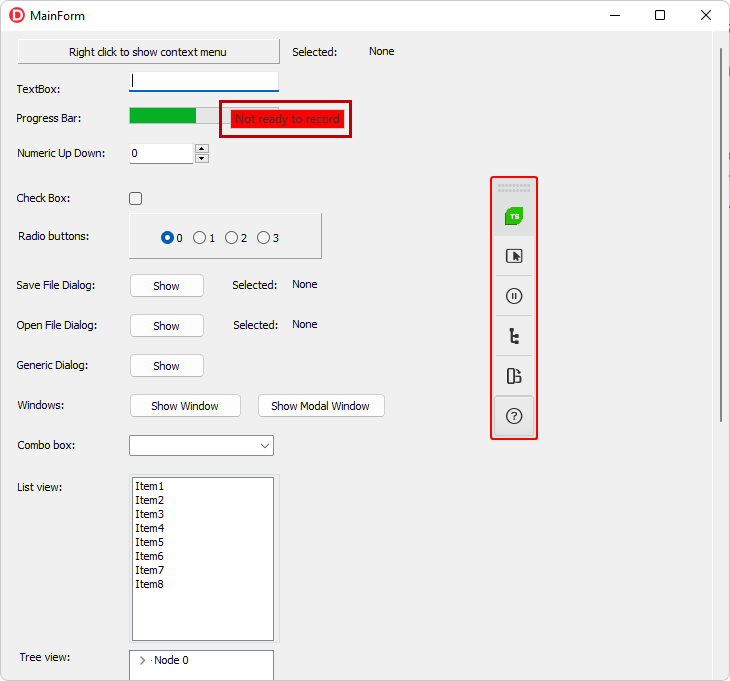 If you hold the mouse on an element for a while there is another gray label stating 'Ready to record'. 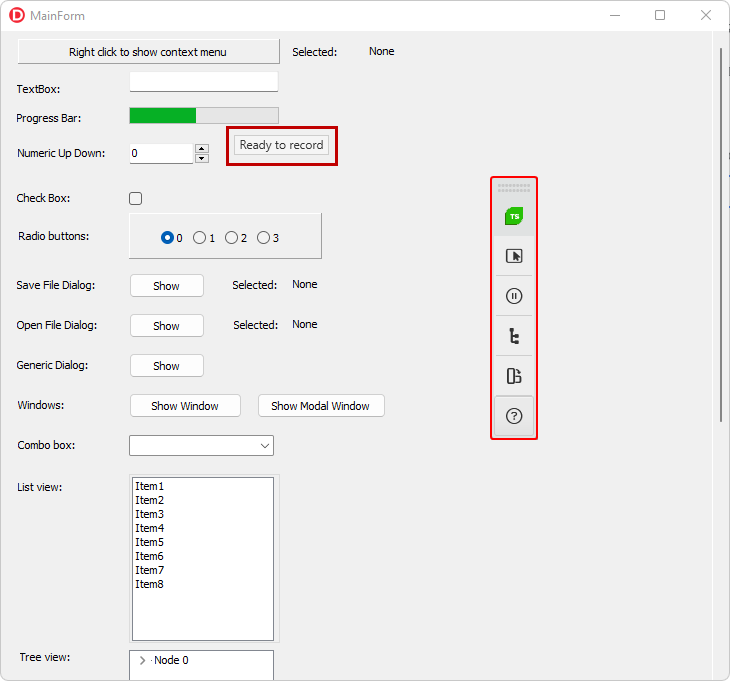 Highlighting is enabled from the Compact Recording Toolbar. The highlighting menu appears after you hold the mouse shortly over an element and allows you to add basic verification and action steps. 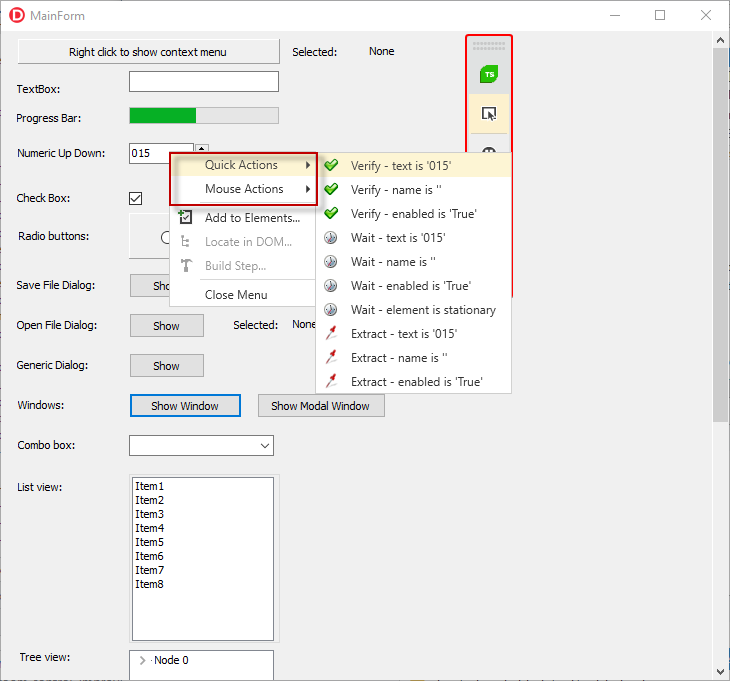 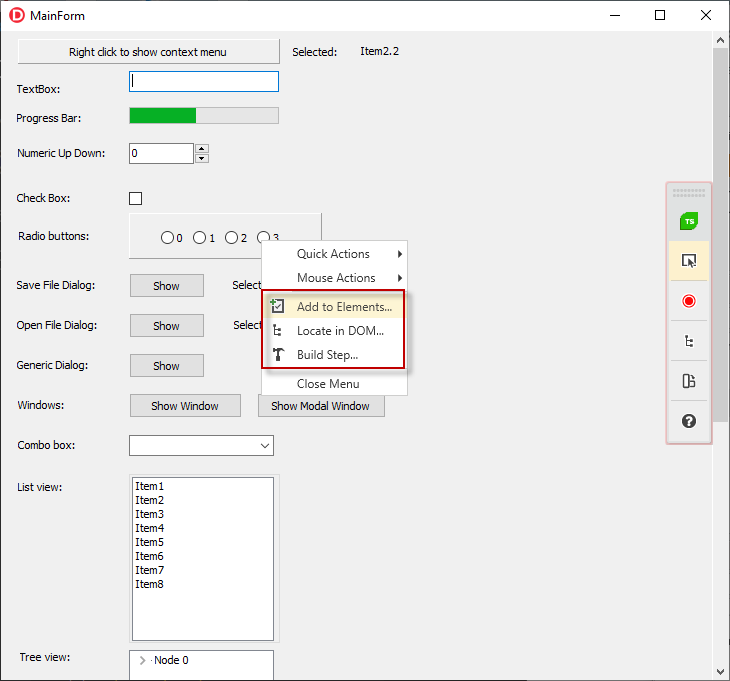 The highlighting menu in desktop applications may remain opened over part of the application you want to interact with. In such cases you can use the Close Menu option to hide it. 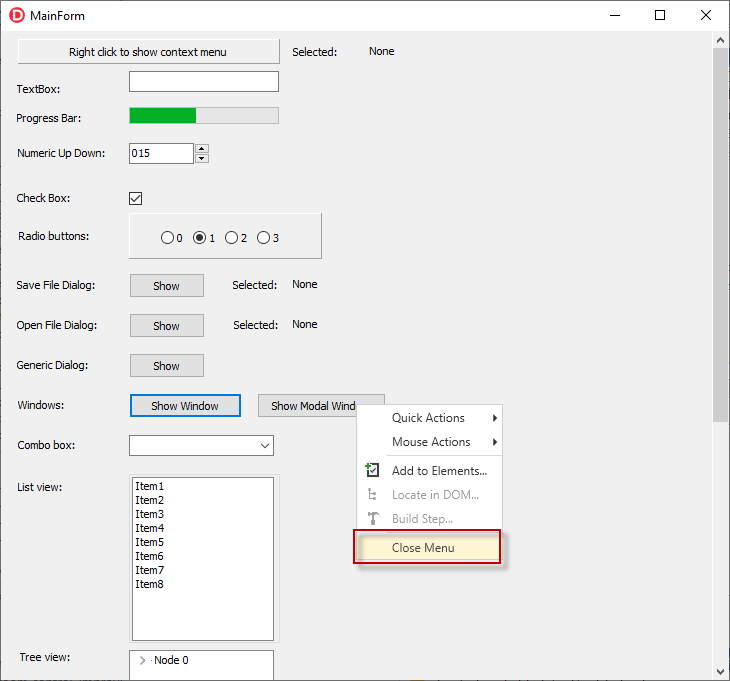 The Advanced Recording Tools window provides all its functionalities in a recording session for desktop application - the DOM Explorer tab, the Elements Steps and Common Steps tabs.

The elements recorded in desktop applications have their own TechnologyType, which is called Desktop. 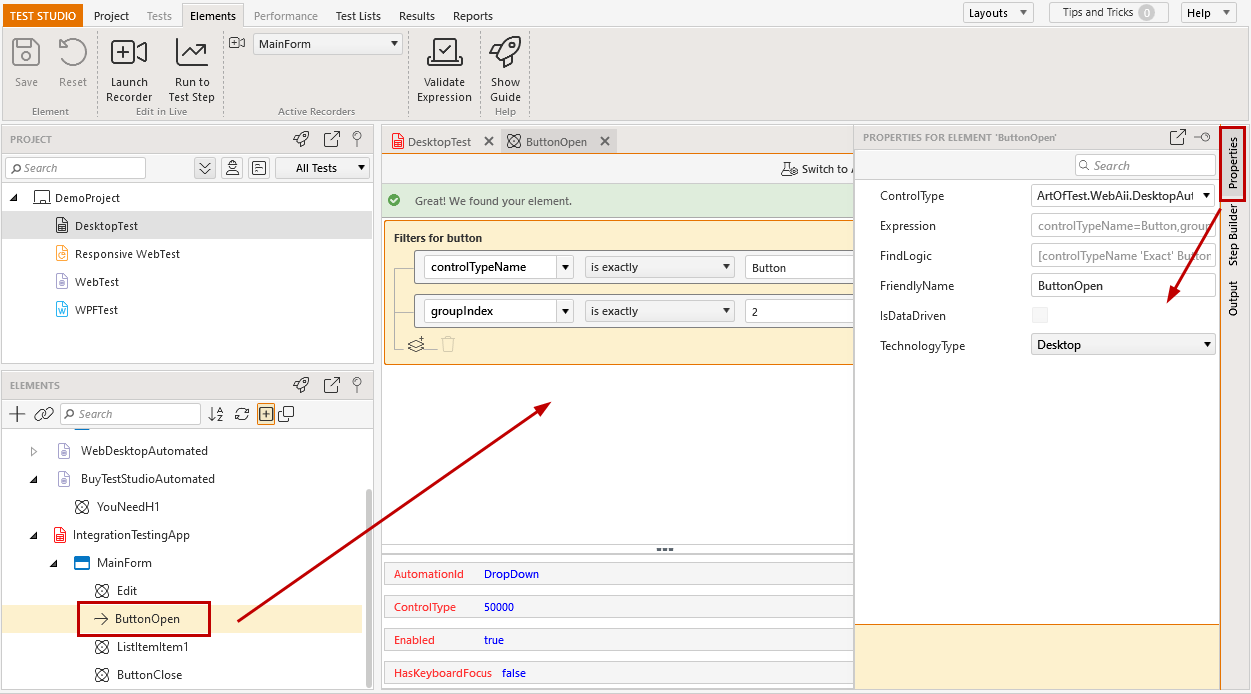 Test Studio automatically generates find expressions for the elements from the tested desktop application. It uses the Smart Find Logic setting for desktop elements to choose which attribute to use in generating the elements expressions.

The default set attribute for generating find expressions is 'ControlTypeName'. Depending on the tested desktop app specifics, you can choose to create elements using xPath or ClassName by changing the Smart Find Logic settings on project level.

Open an element in Edit mode in a live recording session to see the list of its attributes, which can be used in the find expression. 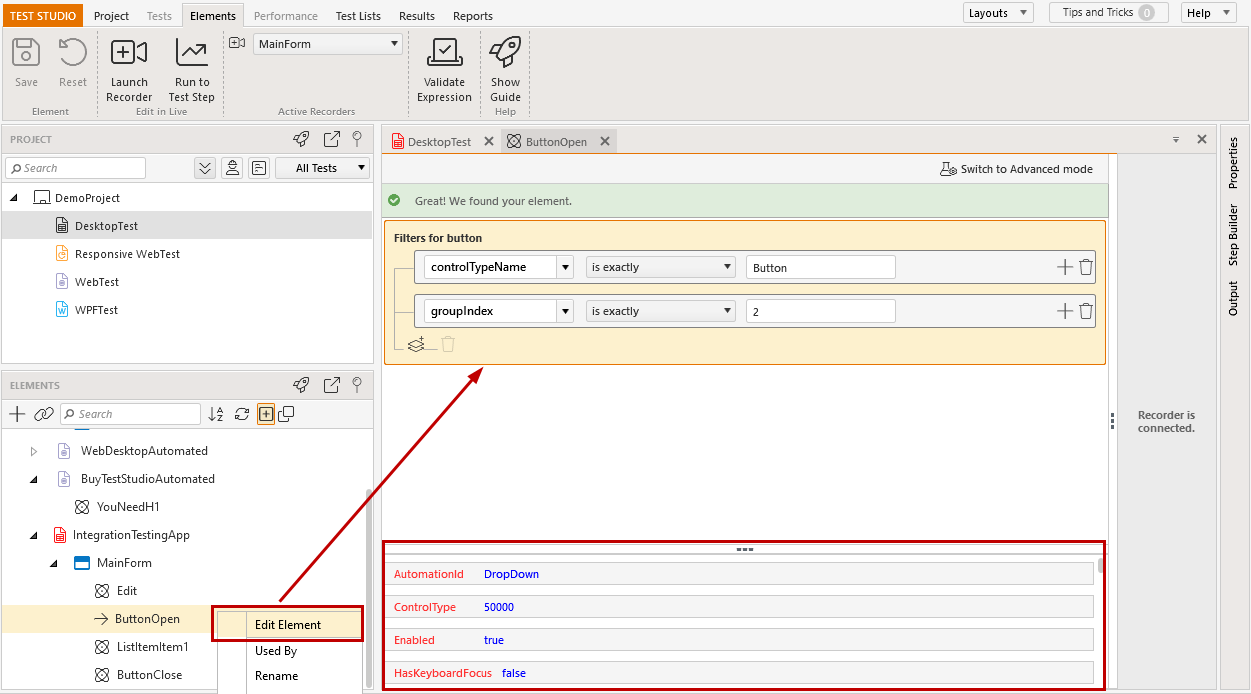 You can maintain the desktop elements also without active recording session although there will be no list of element properties. All options for adding steps offline through the Step Builder are applicable.