Test Studio recording feature supports various desktop applications. To be able to initiate recording session against specific application, you need to list its executable in the desktop test.

This article guides you through the desktop test configuration process. 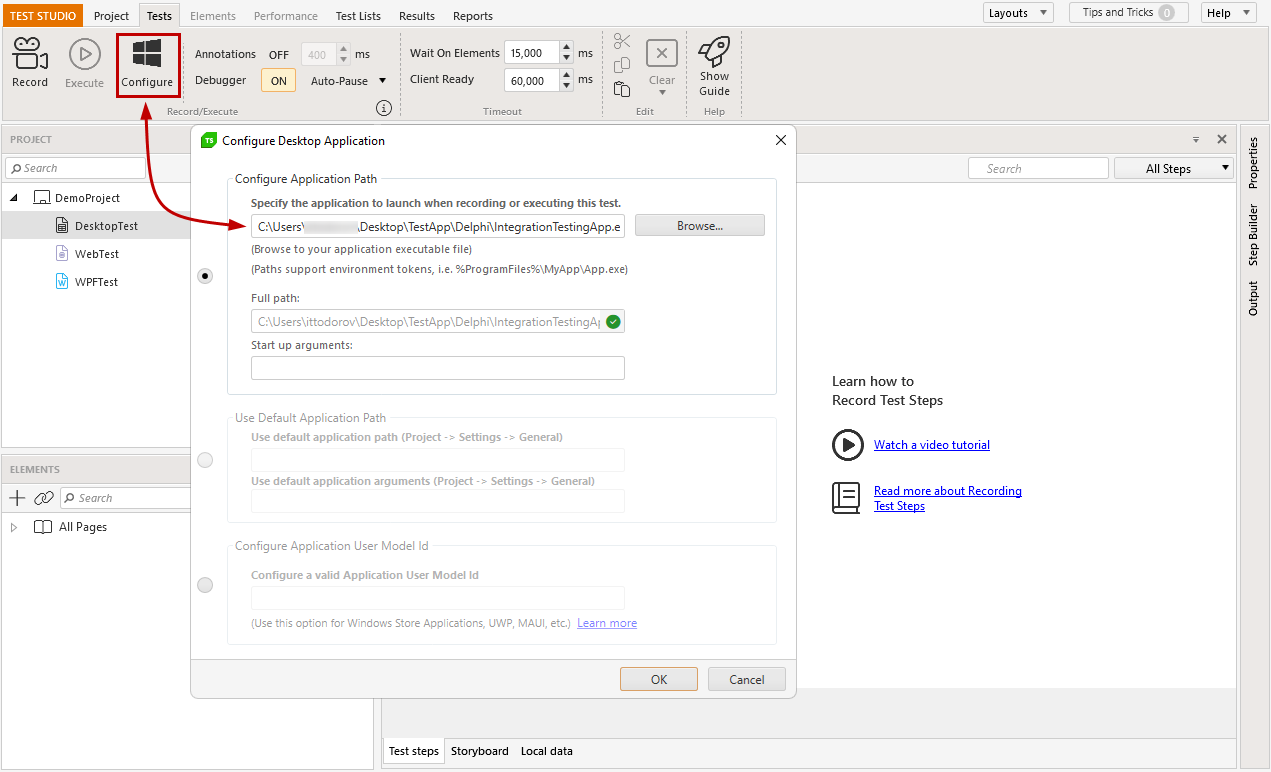 If you attempt to initiate a recording session in a desktop test, before it is configured, the Desktop Config Wizard pops up and lets you choose the application to automate.

Choose the Desktop Application to Automate

Test Studio provides two options to define the application to automate - you can specify an executable file for this test, or use a default path set on project level. 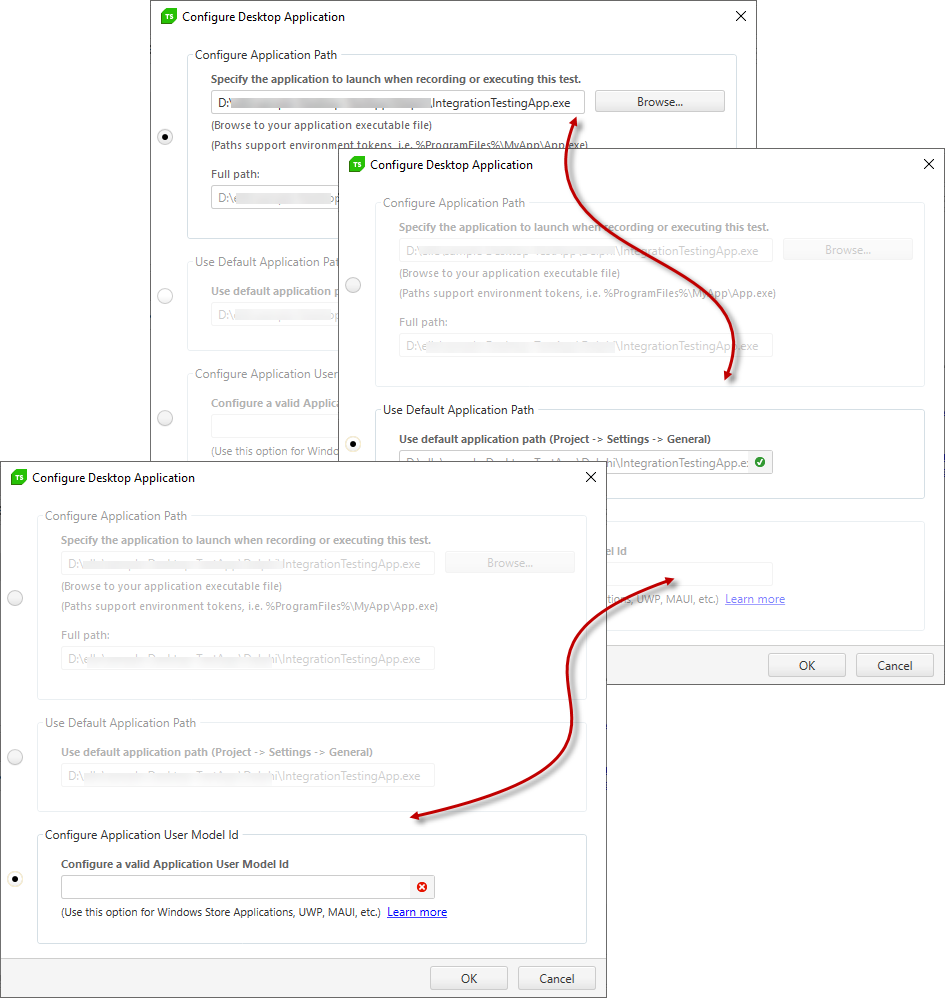 Choose the Browse button to open File Explorer and browse to the folder where the executable file is and select it. 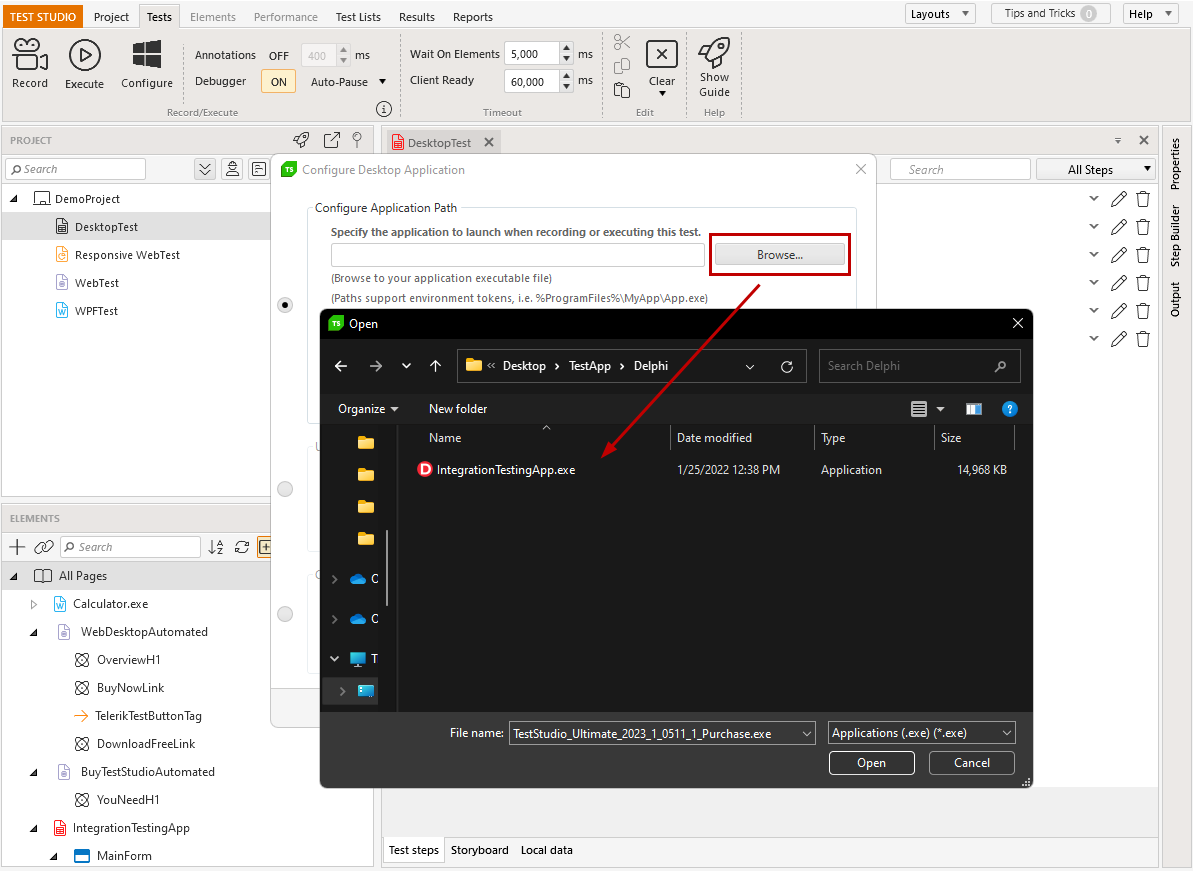 The Desktop Application Path field also allows you to use environment tokens (i.e. %Program Files%\MyApp\App.exe). In any case the Full Path field displays the full path to the executable file. 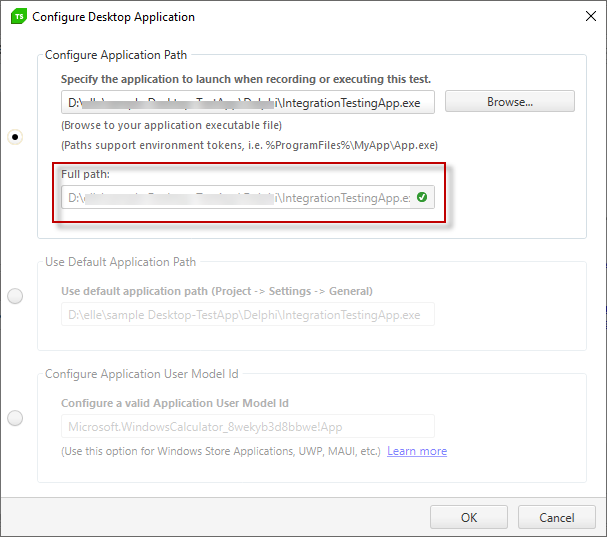 The automation process requires multiple tests to be created for a single application. In such case configuring each created test will be a tedious task. Therefore Test Studio allows you to set a default desktop app path on project level and use this for all desktop tests. The option is available in Project Settings -> General and once a Default Desktop App is set each new Desktop test in the project is created directly configured to use it. 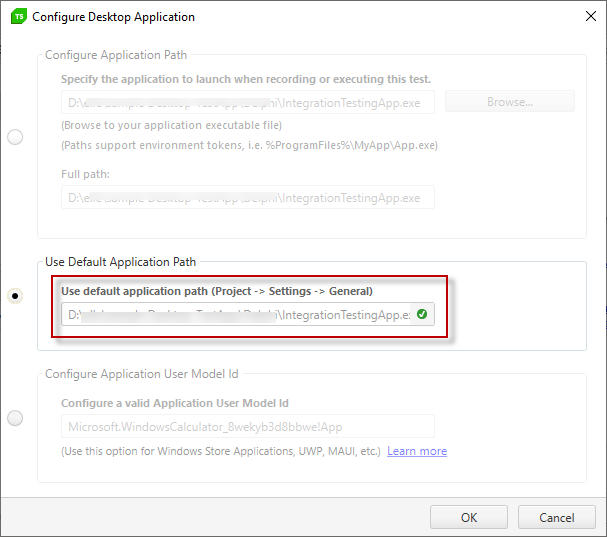 Once you choose the path to the desktop application executable file, you can confirm the configuration by pressing the OK button. Then, use the Record button to launch the specified app in Test Studio recording mode.

In any case, when you need to change the applied settings, hit the Configure button to access the wizard again.