I would like to get the path (in the context of the file system) to which the current test project belongs.

This is doable with a coded solution. Create a coded step inside of a test: 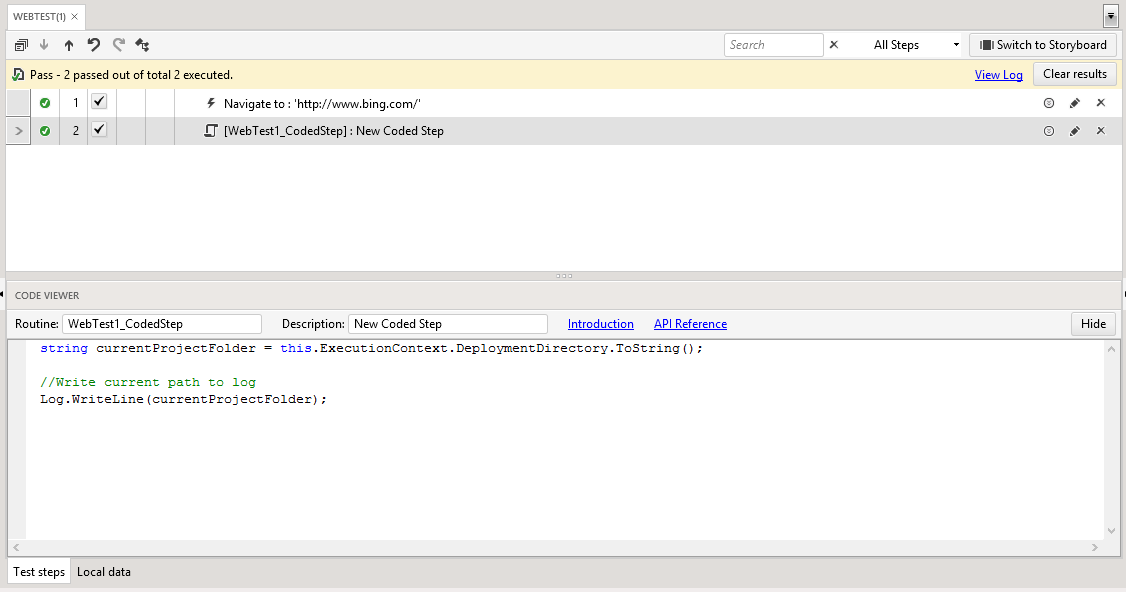 This will store the current project path inside the string variable currentProjectFolder. The actual path string can be, for example:

However, when running tests from the Visual Studio Test Explorer, the above code will return a complex Out folder and not the Project's containing folder. For instance:

It's still possible to edit or replace it from that location in a coded step. This will work even if the test is data bound to the file in question.