How to Automate Application Built with Telerik and Kendo UI Components

Test Studio recorder toolbar recognizes the Telerik and Kendo UI controls and exposes specific actions and verifications through the built-in translators while you record the test scenario.

Read further how to record test scenarios with the built-in translators.

For this demonstration we use the Kendo Angular Grid component official demo page on the Telerik site. Start a recording session choosing the URL for the application to automate. Once the browser loads the page and recorder is attached enable the element highlight and hover the mouse over elements - the recording toolbar fans out to indicate more specific translators progressively. It shows enhanced highlighting in the form of colored borders around a "translated" element, indicating how elements are contained within one another. The below example indicates translators for a KendoUI Angular Grid cell and the represented menu items are:

As you move the mouse over the items in the menu, the respective element on page gets highlighted. Select the Quick Steps option on the Elements Menu to see a list of verification tasks for the specific element and choose the suitable as per the scenario. Hit any of the pages from the list to switch to and Test Studio records a custom step for paging through the grid. Without the translator you could not get into that level of detail so easily. 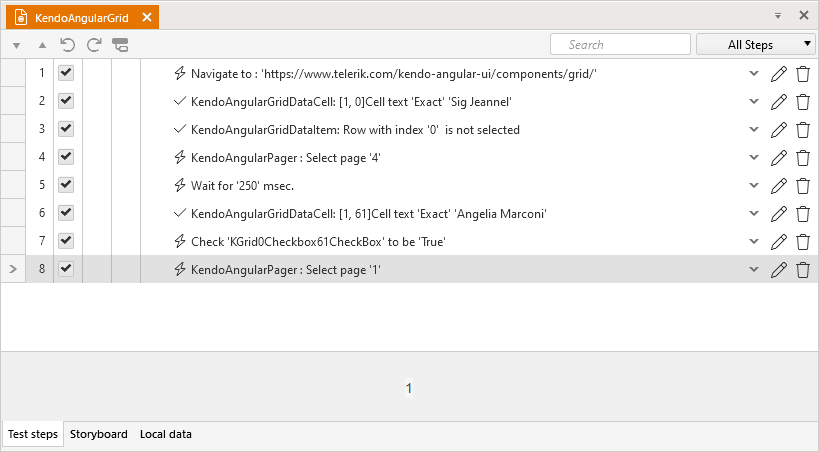 Don't miss to read the blog post about Automated Testing for Kendo UI Made Easy.

The recording experience for other Telerik and Kendo UI components is the same for the different controls. It is only the colour of the highlighting borders which differs for the various type of components. 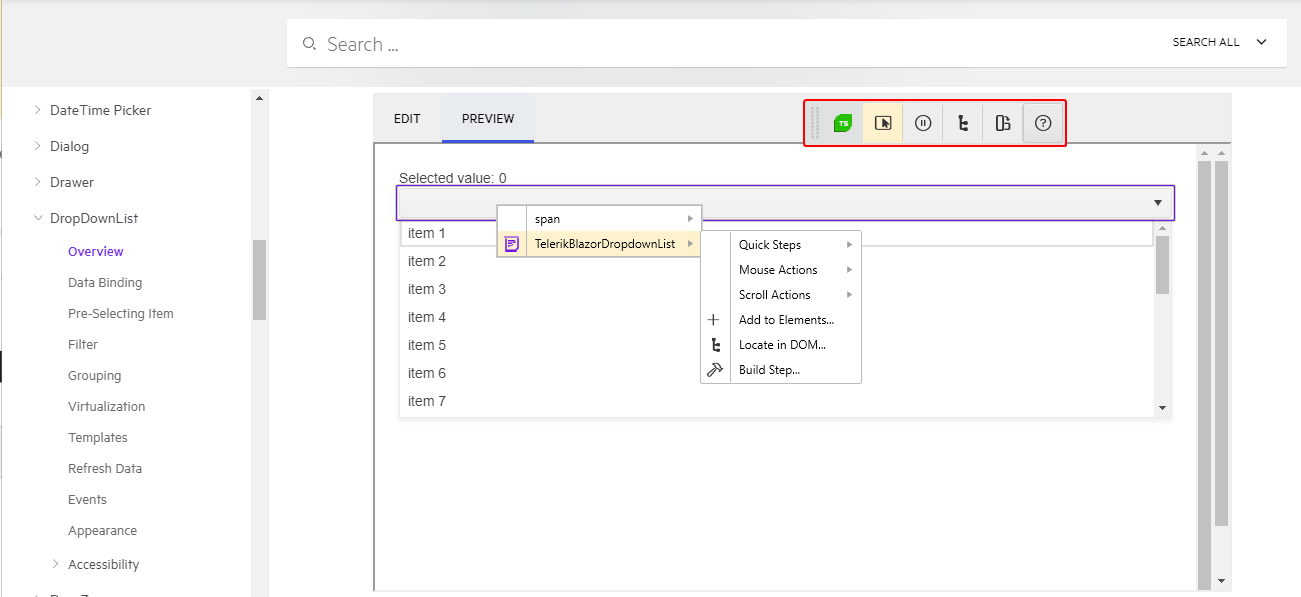 The steps added in the test are custom for the specific control you automate. 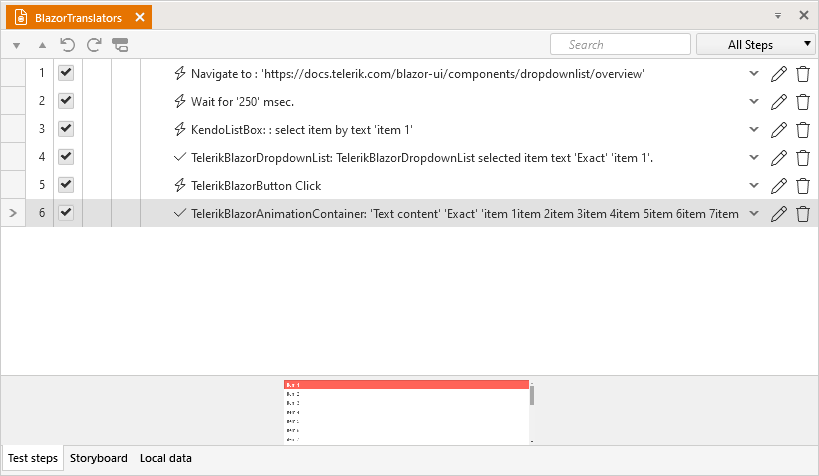 Speed up your scenario recording knowledge with this neat video tutorial that demonstrates how to benefit from the Blazor translators in Test Studio.

Test Studio is committed to support the latest released UI components as well as to keep backwards compatibility for applications built with any previous version of Kendo and Telerik UI. During 2022 the Telerik and Kendo UI components introduced fundamental changes in the components composition and overall look. This is why Test Studio R1 2022 SP1 (v.2022.1.412) ships with versioning mechanism and allows you to choose the translators/components version to use in a project.

The Important Topics to Note about the Translators Versioning