Passing a Variable Generated from an API Test

The variables generated from the API test execution which could be passed back to the web test are only these set in a Set Varaible Step.

Since the variable is not defined in Test Studio UI it is treated as it is a varaible extracted in code. Simply type the variable name in the text box (without the $ notation), click on the brackets and then on the Set button to apply the changes. 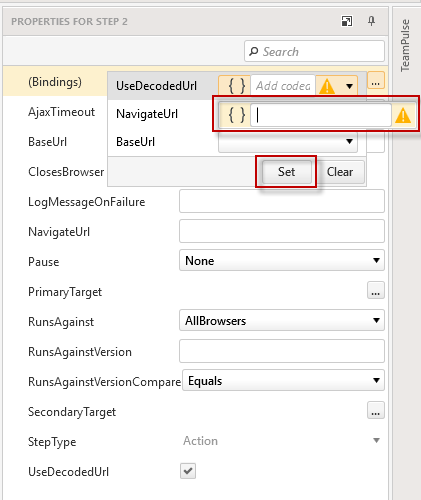 Passing a Variable Generated from a Web Test 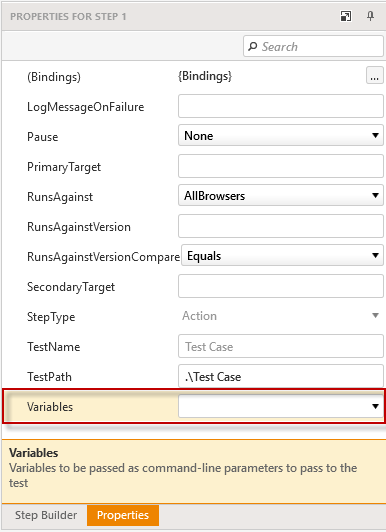 Click on the down arrow to expand the Variables pane. Use the Add button to set a new variable using an extracted value from the web test. 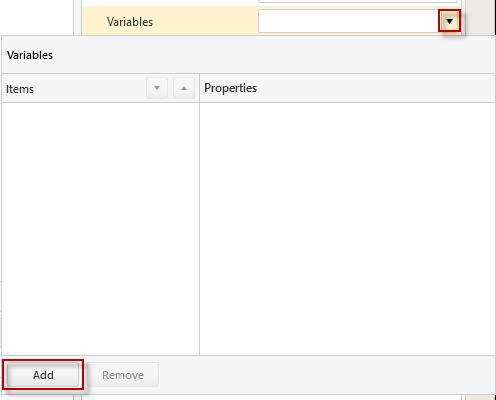 Define the variable with a name and value. 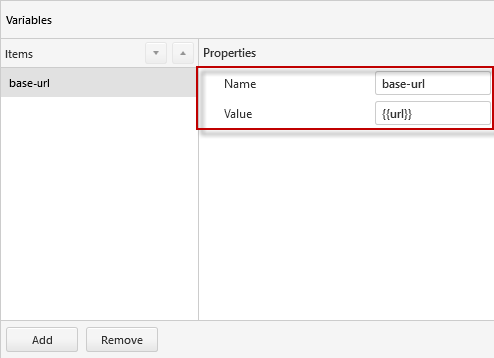 The variable defined and set from a web test will be set as a project level variable in the API project.