Frames in the Elements Explorer

Test Studio uses a built-in mechanism to detect HTML frames in the DOM tree of the tested application. The frames are represented as separate nodes in the Elements Explorer hierarchy.

This article describes how frames are identified during test run-time and how you can modify their properties.

Adding a step for element, which is in a frame on the page, Test Studio records the element in Elements Explorer under an additional node. It represents the frame and, in Test Studio, we call it a Frame Node. 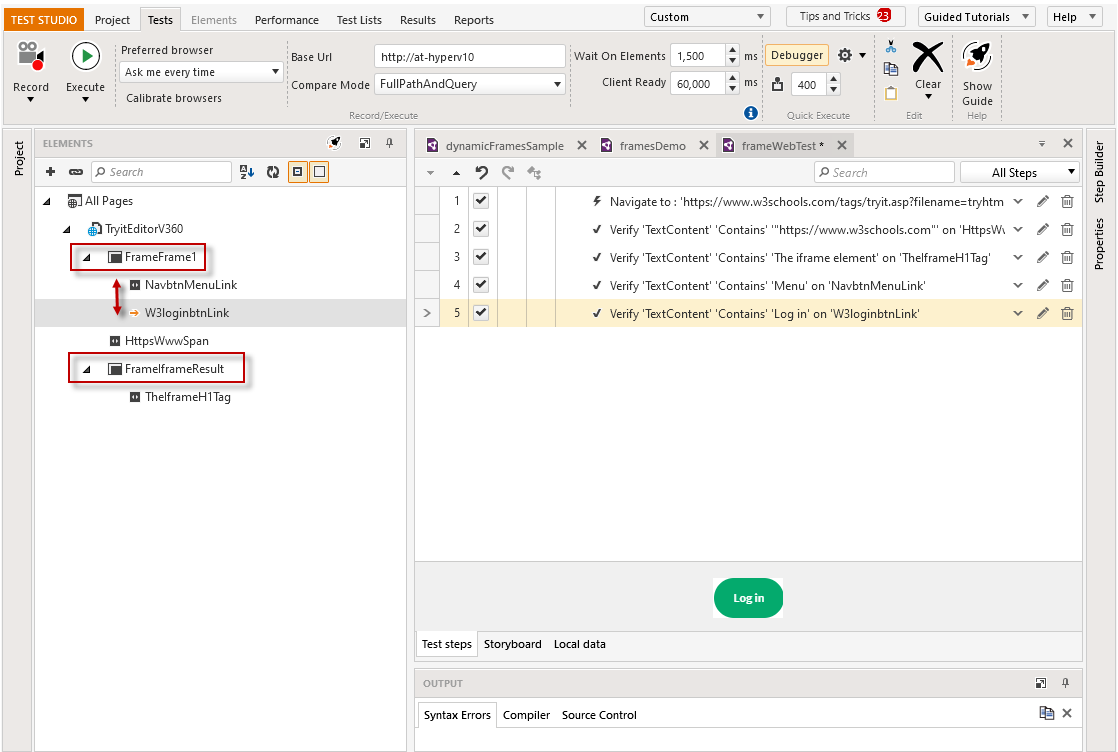 The Frame node has its own properties, which can be accessed through the context menu in the Elements Explorer and explored in the Properties pane. 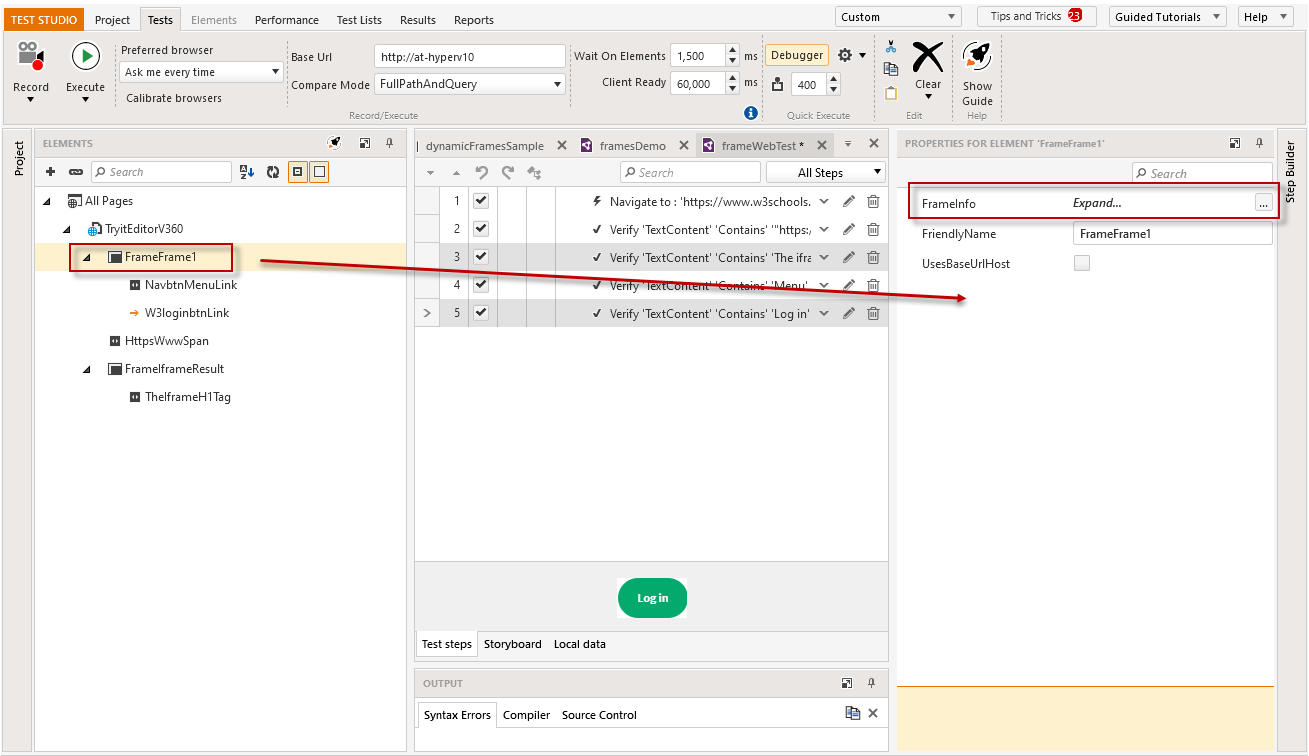 The FrameInfo property contains the frame specific info, which is used from Test Studio to locate the frame on the web page when a test is executed. 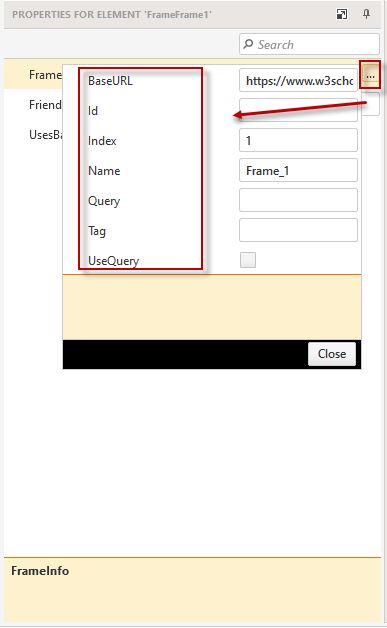 If a recorded element is listed under a frame node, during test run-time Test Studio first locates the frame on the page, then the element in the frame and finally executes the step.

How to Handle Dynamic Frames

These are frames, which have different FrameInfo properties each time when the page under test loads the frame. Any of the Id, Name or BaseUrl, including a combination of these, can be dynamic, depending on how the application is built.

This usually happens when any of the frame properties are dynamic and don't match next time when the page and frame are loaded. There is an error message listed in the test execution log:

Each of the properties Id, Name and BaseUrl accepts the tilde (~) character to indicate partial match for the string. BaseUrl property for the frame accepts also caret character (^), if BaseURL is set on project level. If there is a dynamic query in the URL, ensure UseQuery property is set to false. 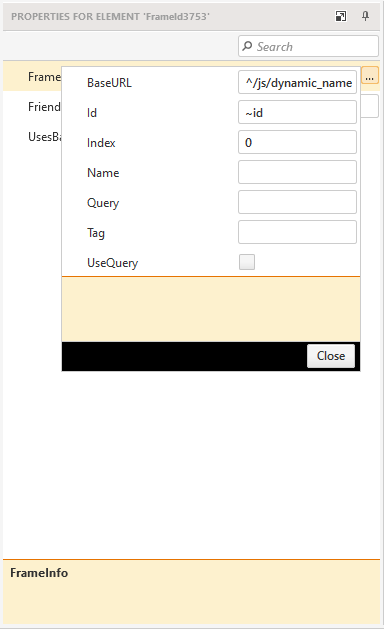 What Happens If I Modify the Frame Properties

When adjusting the FrameInfo properties to match the dynamic properties of frames in the tested page, all frame nodes which uses matching properties will be merged into a single node in the Elements Explorer.

The BaseURL set on project level is not considered during recording session. Frame nodes, which are using the caret character (^) to substitute the BaseURL FrameInfo property will not match newly added elements and frames.
To avoid constant adjustment of frame nodes, it is recommended to apply the BaseURL settings for the frames at a final stage for the test project state.