In this article you can find useful details for running the Test Studio tests from the Test Explorer:

If the Test Explorer pane is not opened in your Visual Studio, you can access this as follows: 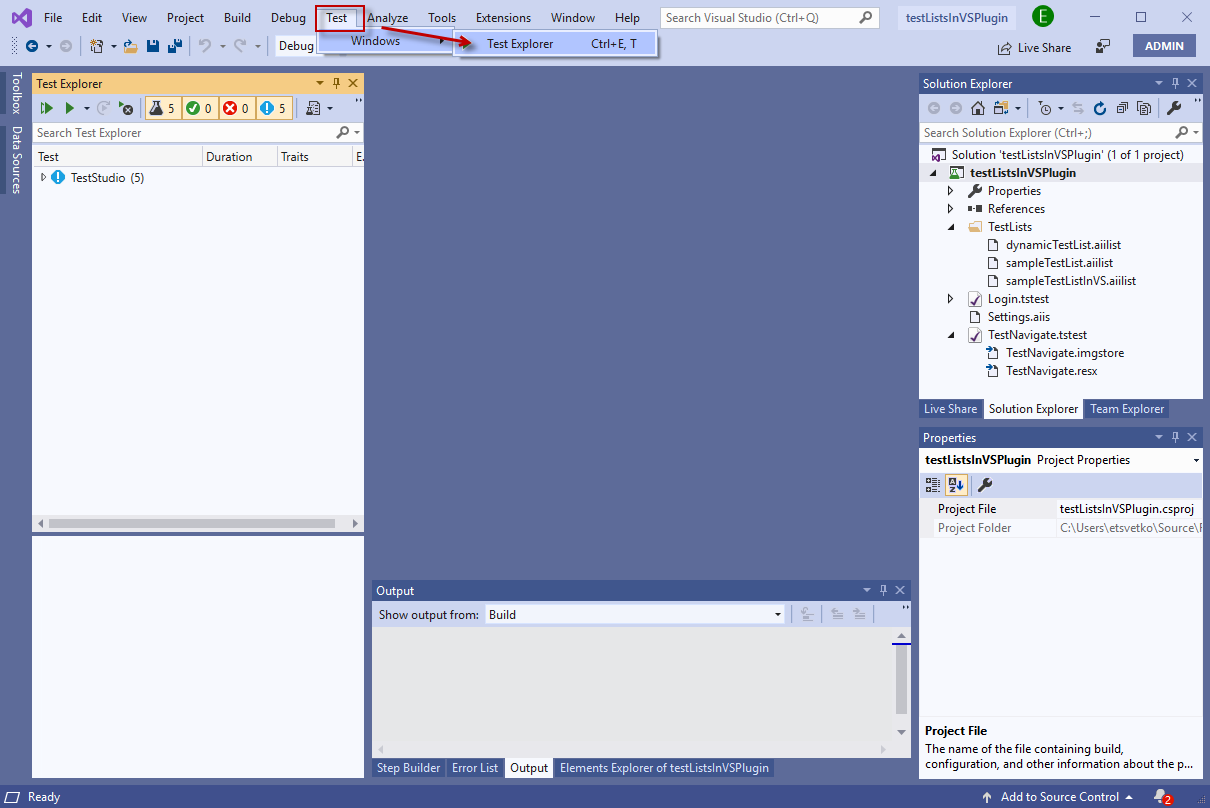 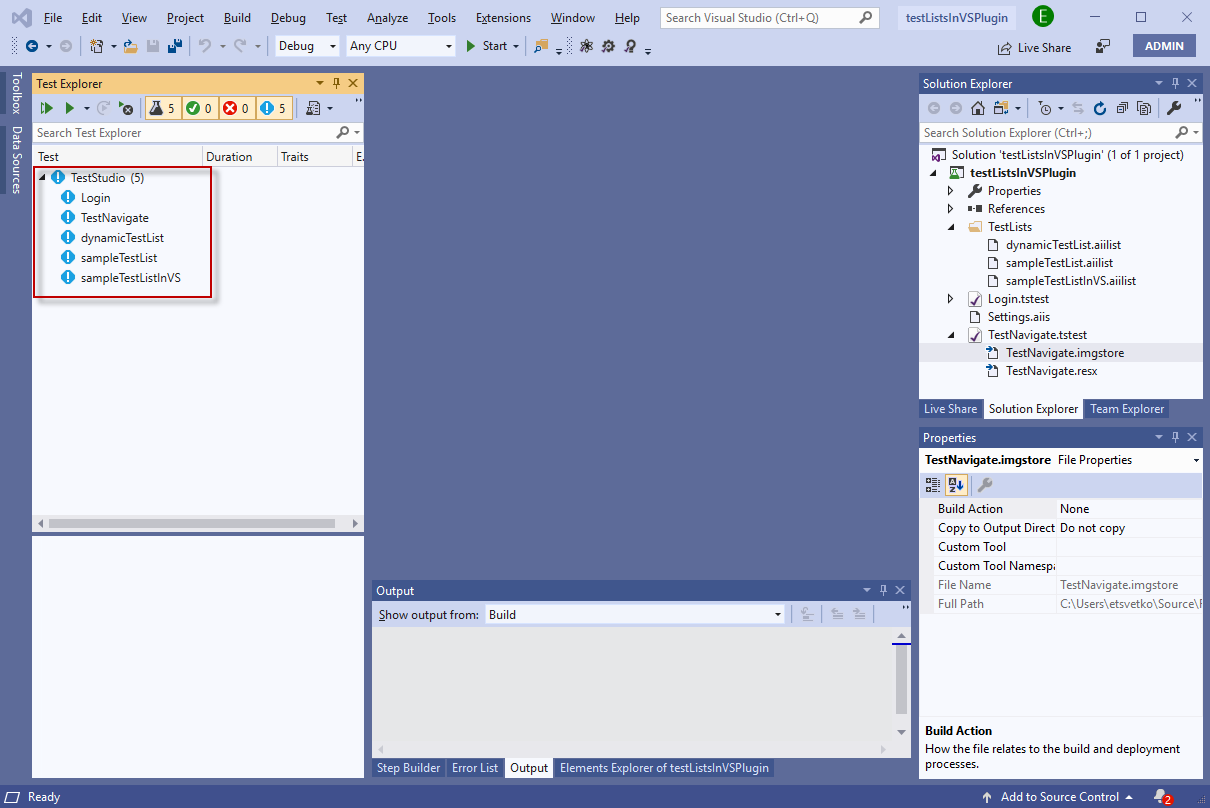 You can use Test Explorer to group tests into categories, filter the list of tests, and create, save, and run playlists of tests. There are few different options to group the test files and what makes sense in the context of Test Studio test project is to use custom grouping starting with either Namespace or Project, and use Class and State as sub-filters in the desired order. 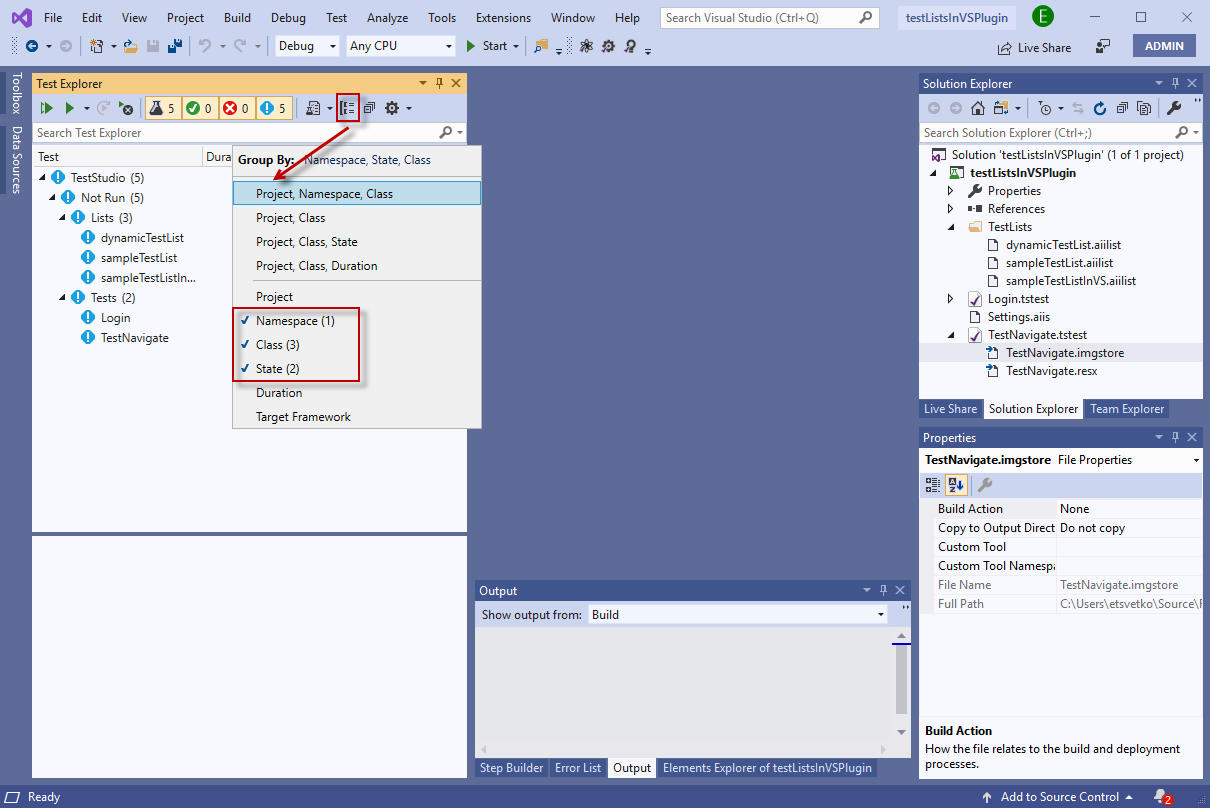 To execute the test files from Test Explorer, use the Run... buttons and their available options.

To reflect any recent changes in the listed tests in Test Explorer, you need to build or rebuild the project before starting the test run. 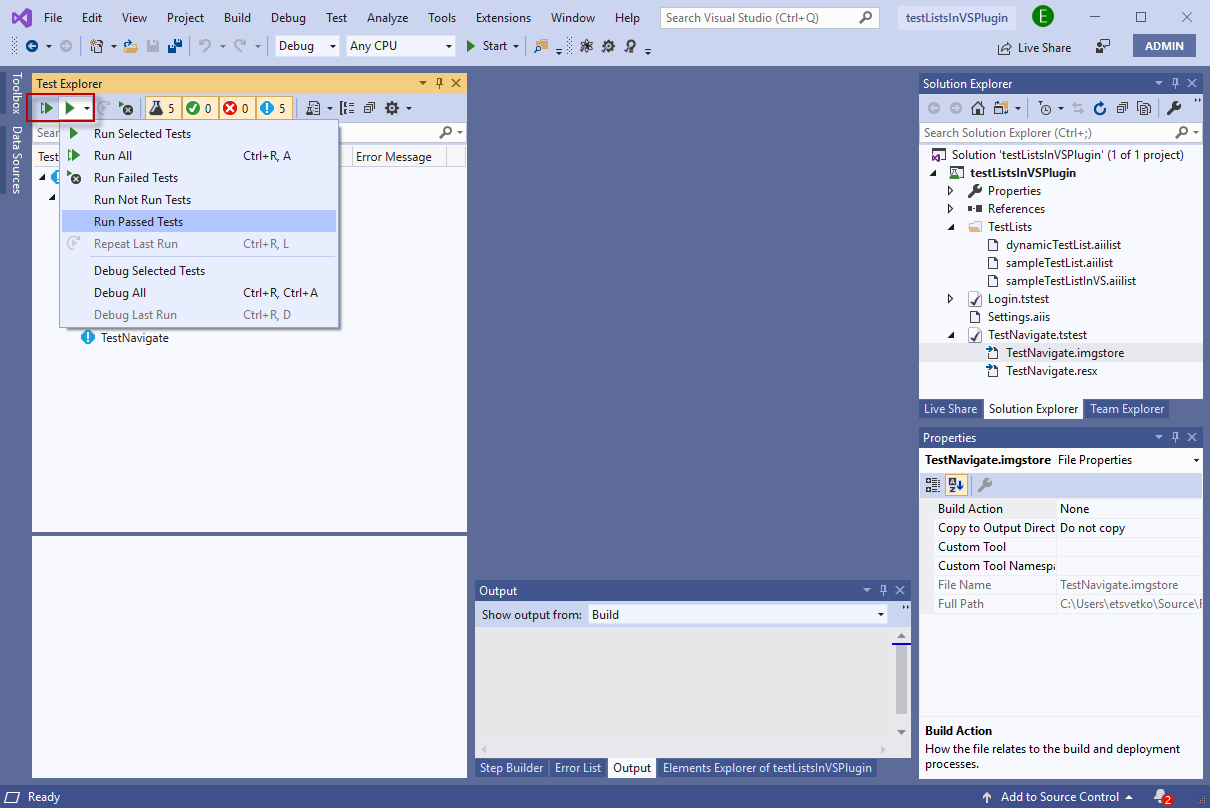 The execution of Test Studio tests from the Test Explorer uses a set of default settings. To be able to modify these, you need to add a *.testsettings file in the solution. This file allows you to apply changes in the test run options like timeouts, executing browser, etc.

Test Studio test list files are using their own settings when executed from Test Explorer.