Knowledge Base / Dialogs and Popups

I am running tests as part of a test list. I am having trouble with dialog handler steps that timeout.

The problem is likely related to your test list settings. There's a setting called UnexpectedDialogAction which allows the tests (in a test list) to automatically handle dialogs that are deemed "unexpected." Since it's hard to distinguish between expected and unexpected dialogs, this feature handle dialogs that it shouldn't. Here's how to determine whether this is the problem you're experiencing:

Execute the problematic test as part of a test list, and then by Quick Execution. If a dialog handling problem only exists in test list execution, change the UnexpectedDialogAction setting:

If you determine that the UnexpectedDialogAction is causing unpredictable behavior in your test lists, set it DoNotHandle and the problem should disappear. 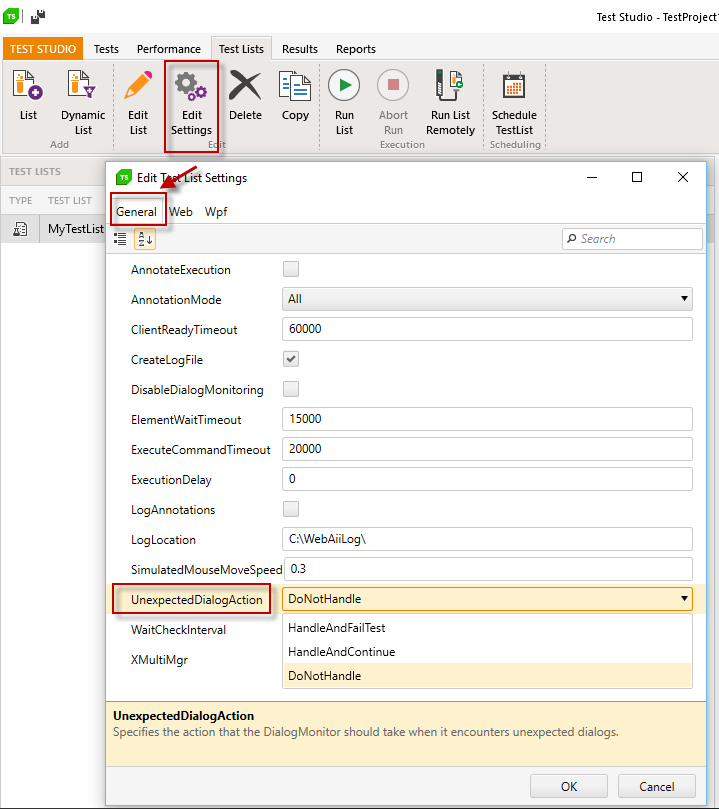 In the Visual Studio plugin, edit the .testsettings file that corresponds to the test list run: 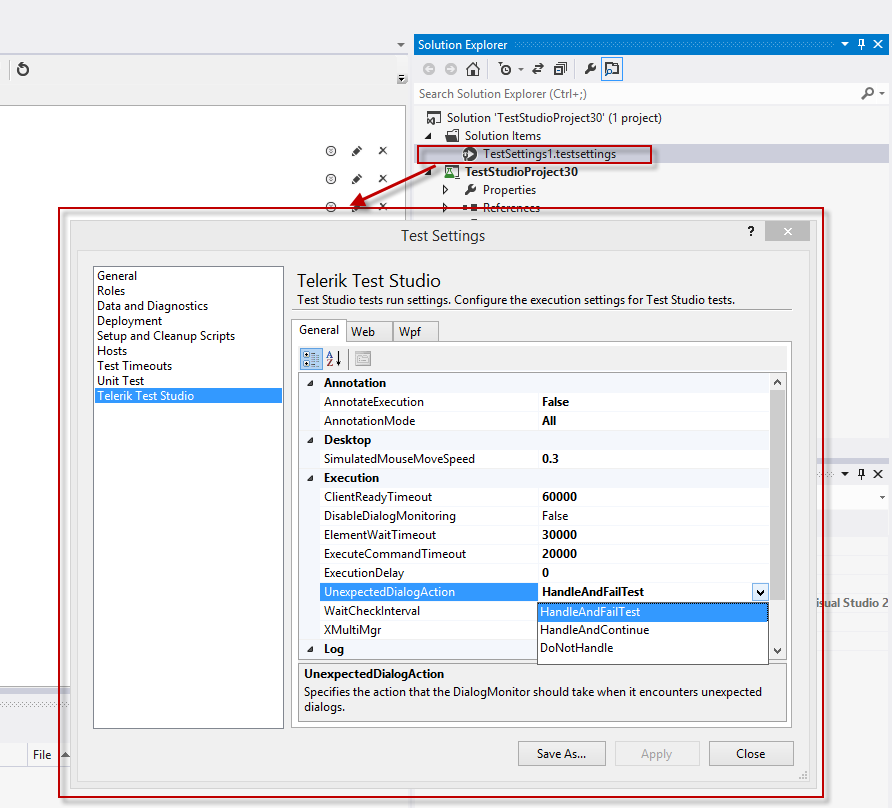