Resources
Data Access has been discontinued. Please refer to this page for more information.

How to: Use Multiple Models With Aggregated MetadataContainer

This article is relevant to entity models that utilize the deprecated Visual Studio integration of Telerik Data Access. The current documentation of the Data Access framework is available here. 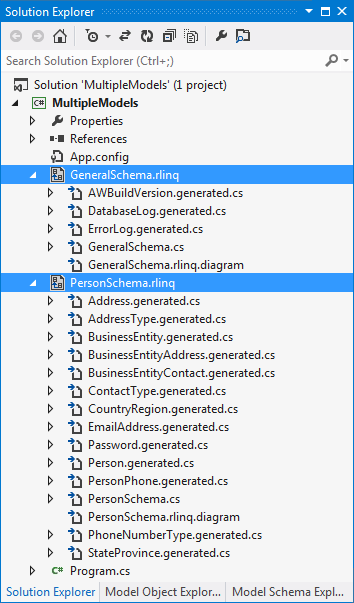 There are a few important details you need to consider in this scenario: